At every Olympics, female athletes have shown courage, camaraderie, and sportsmanship. The Tokyo Olympics has not been an exception. Till now we have seen several thrilling finishes and examples of ultimate athletic prowess. This article presents some inspiring moments created by female athletes who have showcased their Olympic spirit and have paved the way for future champions!

The Japanese tennis star was chosen to light the Olympic cauldron at the Opening Ceremony. Osaka had previously taken a two-month-long break from every kind of competition to focus on her mental health. However, she was determined to return and do something extraordinary in the Tokyo Olympics. Unfortunately, she lost in the third round of the women’s tennis tournament which was unexpected. Despite all this Osaka demonstrated her strong willpower and loyalty to the country she represents. Osaka’s commitment to her mental health encouraged other athletes to realize the importance of the right mindset for competing in the Olympics.

Bermuda despite being a small country with a population of just 64,000 has produced a world-class athlete and her name is Flora Duffy. When Duffy came out as the champion in the Women’s triathlon during the 2020 Tokyo Olympics, she created history by making Bermuda the least populated country ever to win a gold medal. Duffy won Bermuda their first-ever gold medal and overall second medal at the Olympics. Duffy was appointed as an officer of the Order of the British Empire (OBE) in 2018 for her services towards Bermuda’s sports. She is also the only triathlete in WTS history to set the record of the fastest timing in swimming, running, and biking portions in the very same race.

After 96 years and 3 silvers and 7 bronze Philippines claimed its first-ever gold at the Olympics with the help of their golden lady weight-lifter Hidilyn Diaz. She won the gold medal at the 55-kg women’s event. The Filipino weight-lifter broke down in tears after her extraordinary achievement. Her journey has not been easy but Diaz never gave up on her dreams. She is the true definition of commitment and perseverance. She is a serving officer for the Philippines Air force. Diaz has been awarded the Military Merit Medal and Presidential Citation unit badge.

The American gymnast Simone Biles, the greatest athlete in the sport’s history, pulled out of the women’s Olympic gymnastics team final to protect her mental health. Biles has shattered multiple records to become the world’s most decorated gymnast. She has four moves named after her. She has also fought on behalf of abuse survivors. Biles’ powerful and brave decision to focus on her mental health and create important conversations about challenges surrounding the elite sport is truly inspiring for many. Biles had the courage to prove to the world that she is more than her achievements and mental wellbeing is definitely more important than Olympic medals. Her courageous decision has been a groundbreaking statement.

The gymnastics team of Germany showcased a different kind of competition gear in this year’s Olympics. The female gymnasts were seen in long-legged unitards and not the sleeveless or long-sleeved leotard which has been the standard for female athletes since the 1930s. According to the German Gymnastics Federation, their outfits are a statement against sexualization in gymnastics. The full-length skin tights add a level of modesty compared to the bikini-cut leotards that have been the norm. The team risked facing a deduction for adjusting their uniform during their routines. By this brave decision, they claim to reject the sexualization of sports and want to show that every woman, everybody, should decide what to wear. 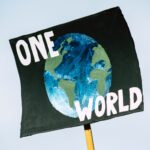 Next story :Best Crowdfunding Platforms for Your Next Endeavor

IoT and How It Beckons for a Smart Future

Dive into the four eminent aspects where IoTs are spinning out noticeable accomplishments.

3 Ways To Deal With Your Imposter Syndrome

Self-doubt and lack of confidence while being qualified to accomplish the job you've been given are common, especially in new circumstances. However, if you feel inadequate even when you succeed at your particular profession for an extended period, you're suffering from imposter syndrome and here're 3 ways to fight it back.

In recent times managing finances has become one of the most vexing concerns, particularly during pandemics. Arigato, as many of us might already know because of the increasing interest in Japanese culture, is Japanese for thank you. So thanking your money? How exactly does this technique work?

All You Need to Know about TechCrunch

TechCrunch focuses on the sweet spot among technology, startups, and venture capital funding. Wait till you find out, this is more than just a news site!

Four Technology Trends That Will Change the Retail Game in 2022

One of the best lessons that the retail industry learned from the pandemic is “change is constant.” Yes, the retail industry right now is facing the drastic changes brought by consumer’s preferences and innovation in technology. Entrepreneurs in this niche are facing constant pressure of emerging changes and trying their best to win customer’s hearts. […]

Reasons to have a mentor

In whatever setting you may find yourself in, be it professional, academic, or personal, mentors are a great asset.