Every ‘’The Office’’ fan has a bittersweet relationship with Michael Scott. Some days you hate him for being so annoying but most days you love him for being so annoying. Michael Scott broke his fan’s hearts when he left the show however his fans were happy he finally got his soul mate. In those glorious years as he managed the Scranton branch of Dunder Mifflin Inc., he taught some precious lessons.

Make Promises If You Can Keep Them

Never make promises you can’t keep. Michael Scott learned it most painfully and heartbreakingly. When I say painful and heartbreaking, I mean the people he made the promises to. Michael needs to always be liked. In that being loved spirit, he promised an entire class of third graders college tuition fees. It didn’t go well when he had to say no to the promise 10 years later. However, he did hand out laptop batteries in exchange. So, don’t make false promises!

Michael was a great boss. I would fight anyone who says otherwise. Even though he was irritated with his employees at times, he cared for his employees. He encouraged a fun working environment. Most importantly, he truly valued his employees. He let them work at their own pace and way without micromanaging all the time. In return, he just wanted one thing – Being constantly loved and admired by his employees.

Note: For the sake of this point, I will not include Toby. I hope you guys understand.

There was a reason why Michael Scott was the best regional manager and salesman. He did things differently. He doesn’t strike a business relationship with his clients, he just strikes a friendship with them. He takes them to dinner, he sings songs with them. You would think that it’s too much. Maybe it is. But he has over 17 Dundies. They don’t just give out Dundies to anyone.

Michael was always himself. In his attempt to be liked, he did everything. From embarrassing others to embarrassing himself, Michael did everything. However, he never changed himself. He owned whatever thing he did, I mean most of the time he did. Maybe we can try to learn it. Instead of suppressing our emotions, we show them – Live our life to the fullest. However, do keep in mind which place you are in.

Once in a while, do unleash the Michael Scott in you. It’s good for your mental health.

Faija Tasfia An economics major trying to figure out her life through writing. Also, a contributor @Circle. 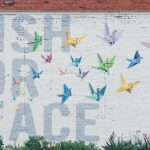 With all the anticipation and excitement about the F.R.I.E.N.D.S reunion, we can't help but look back at the original series. The 10 glorious years made us laugh, cry and taught us some valuable lessons along the way. Let us look back at some of those lessons.

Periodical movies can be a better way where you can understand Sub-Continental political history!

The Nightingale and the Rose: Sacrifice, Love & Materialism

A story that is loved by generations, discover a different perspective of Oscar Wilde with a different approach.

5 Hiring Strategies You Should Consider to Increase Company Diversity

Strategies To adopt a inclusive workplace.

Tackling COVID-19: Are you up for the challenges?

If yes, explore these opportunities now.