Technological innovations are transformative. Just think about how the industrial revolutions changed how the world operates forever or the impressive progress of the cyber age which started in the 1990s. One thing has been apparent over the last 50 years – the rate of innovation has enhanced exponentially. Propelled by the existing development platforms which are cheaper, easier to scale-up, and widely available – technological leapfrogs are going to occur at an ever rapid pace, boosting the economies forward.

So what would be the tech-enabled disruptions that we need to keep an eye out in the decade? Below are 5 such transformations to look forward to.

Think about the time-frame of televisions to reach homes (13 years to reach the first 50 million households) or even the internet to gain a considerable momentum (3 years to reach the first 50 million subscribers). Facebook or twitter reached the same milestones in much less time. Socially enabled applications are on their way to become ubiquitous not only allowing sharing of information but also enabling changes in our economic and social texture. Key sectors to watch out for would be retail, education, manufacturing, health care, finance, media, government, and social enterprises.

The Internet of All Things

Don’t think humans are the only ones who will communicate with each other via advanced technologies. The network of an artificial cognitive society is on the rise. Don’t believe me? Just think your android phone is synced with your gmails which is common across your laptops and tabs. You can run the TV set from your i-pad and your coffee machine retails your favorite latte mix. Very soon devices will be connected to their manufactures as they are shipped out of the factory and monitored over a life-cycle giving continuous feedback on their usage and status. The matrix might still be just a movie but the machine world will gain significant momentum over the next decade.

Big Data created a lot of hype in 2013, with data science gaining prominence. Companies have proliferated investing in data architecture, top universities have opened up specialized courses in analytics, and demand for analysts has shot up. The reason is simple. In a networked world where both humans and machines are extensively connected and all interactions are being recorded digitally – the need to analyze and make sense out of data would always be there. In the coming decade, we will see processes become automated, customers segmented to their exact behavioral norms, and data processing occurring at unbelievable speeds. You might think the world Asimov envisaged in his foundation series regarding the prediction of human civilization can become possible if we play our cards right.

Heard of HVT or high volume trades which if not monitored carefully often disrupts the world capital markets? We have already seen industries shifting to emerging economies and the rise of factory automation processes. The next wave would be the automation of intellectual work and that is being made possible by big data analytics, machine learning, and natural user interfaces (even your phone can pick up your voices to call your desired contact). Medical diagnosis has the potential to evolve where machines make automated decisions, sports (yes cricket and football) will have automatic result declaration and customer servicing will actually be from robots with nice voices like Siri (of i-phone).

Some people already claim that Dystopia is near. We interact via social media on our phone even while in groups sitting next to each other. Well, brace yourself as the next one would be here soon – where you put a helmet over your head and move on to an avatar society in digital space (again Matrix alert). In essence, our online presence has started substituting our physical world experiences. Now, we shop online, watch movies in 3D mode and our entertainment is inside a huge repertoire of digital experiences.

When was the last time we had a nice picnic with our family amidst nature? Our life texture has changed and over the next decade we might soon be cheering for virtual football leagues and fantasy leagues as opposed to the real ones.

Bijon Islam Co-founder and CEO at LightCastle Partners Ltd
Do you like Bijon Islam's articles?  Follow on social! 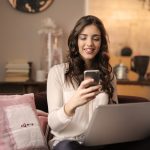 Next story :The inspiring story of Peter Flomo! #MyProudFailureStory

How Can Your Online Learning Be Productive With Google Extensions?

Make your online learning productive with these Google Extensions.

Many organizations around the world are coming forward with their resources to help the world through passionate individuals like you!

Best Practices: Remote Coaching During Times of Disruption and Uncertainty

What if colors could speak

Listen to the silent messages of colors

Perks of Being a Google Employee

With a tremendous work culture, Google is more than just a tech giant.