What are pirates anyways? People who steal or rob treasures and attack ships. Then why are Steve Jobs and Bill Gates called the pirates of Silicon Valley? Yes, the innovators are labeled as pirates in Silicon Valley. Why? What have they stolen? Well, the technology that gave them their fortune and made their companies stand where they are now.

The story dates back to the 1970s when xerox, a large photocopier that was dominating the market for more than a decade, was facing strong competition from canon and other cheap manufactures.

When the innovating minds collided at PARC, groundbreaking technologies were formed. Like the computer mouse (which had not been created until then), ethernet networking (the basic need of today’s generation THE INTERNET), and (at last the star) the graphical user interface (GUI). Even after years of showing it to the xerox managers, the managers were not able to understand it and eventually dismissed it.

PARC had assembled all the features into one device, the Xerox Alto, a computer way ahead of its time. IBM which boasted of their advanced technology and dominated the computer market from the 1950s. The only competition IBM had was Apple which was ascending towards success slowly and was preparing to jump. The xerox also has embedded access to email, word processing, and event managers in it which are still a prominent feature in today’s computer.

If you cook something delicious its aroma is bound to attract the people around it. He instantly knew the technology GUI was the ultimate deal that will be used henceforth after the official release, and change the world. He then bought the demo for all his technical members for 100,000 shares (5.6 splits adjusted share as of March 30, 2019) priced at $10 a share, and Apple is currently valued at $1 trillion. Only for the demo not for the patent or the ownership of the technology, just the demo. Steve Jobs was then busy making Lisa and Macintosh computers and had created a team to integrate GUI into them. Jobs wanted Apple to be the first company to introduce GUI-based operating systems in the world.

Microsoft was working with Apple for the Macintosh as a program developer and Bill Gates wanted to be the man who revolutionized the industry and have a piece of whatever Steve jobs were about to have. Apple knew what Microsoft was capable of and its possibility of becoming a threat to Apple in the near future. To delay or prevent that from happening Apple made Microsoft sign a contract that stated that Microsoft was not allowed to launch its GUI-based software until 1983, one year after Macintosh releases. But they didn’t account for the delays Mac would incur, eventually, it was pushed to 1984. Microsoft took advantage of the fact and released Windows in 1983 and became the first to release a GUI integrated operating system and beat Apple in the race to become the first who did that. An angry Steve Jobs filed a lawsuit against Bill Gates keeping in mind the contract Bill had signed. Jobs lost the case because the contract only stated they could not release until 1983 and had no mention of what would happen to the contract if any delay would occur.

“Good artist copy, great artist steal” which can be deemed as the truth after the above chronicle. We all use technology and basically can’t live without it. Who am I kidding? Even this article wouldn’t have existed if the technology hadn’t been created that has apples or windows inscribed on it. 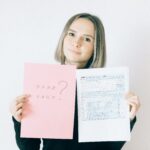 Previous story :Accounting Vs. Finance: Which One Should You Choose? 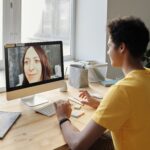 Next story :7 Online Tools to Help Support a Learning Community in Your Course

Is listening to audiobooks the same as reading?

Is listening to audiobooks, not the same as reading a physical or electronic copy of the book? Read along to find the answer.

These 5 examples of guerilla marketing can inspire your brand.

Both insomnia and digestive problems are extremely common these days. Insomnia is a common sleep disorder that makes it difficult to fall asleep or stay asleep or causing one to wake up too early and be unable to sleep again. When they wake up they might still feel dizzy. Several researchers have noticed a link […]

Perks of Maintaining a Journal