When it comes to international traveling, the first thing that comes to one’s mind is a passport. A passport is basically a document issued by the government which identifies the nationality and identity of the bearer and facilitates international traveling. For a citizen to travel to other countries, he often has to get a visa from foreign nations. This process differs in the case of one passport to another as some passports have visa-free access to many countries. The more access a passport has, the more powerful it is deemed to be.

This is where the Henley Passport Index comes in. This index ranks passports according to their international influence. It also shows how your passport has changed over the past 16 years and what countries you have visa-free access to.

The Henley Passport Index is the only IATA (International Air Transport Association) data-based passport index, backed by expert commentary and comprehensive in-house analysis. Moreover, it is frequently updated throughout the year, making it the most  trustworthy, and accurate index of its kind. Here is a ranking and brief summary of the top 10 most powerful passports of 2020.

The number 1 spot on this list is taken by one of the most prominent East-Asian countries, Japan, which has visa-free access to 191 countries.

Closely behind Japan is another Asian country, Singapore. Singapore has visa-free access to 190 countries including many countries from Europe and North America.

In the third spot, we find our first European country, Germany, who shares the spot with the southern segment of Korea. Both of these countries have visa-free access to 189 countries and have secured this position because of their good relationship with other countries and strong economies.

At number 6, there are 5 prominent European countries which have access to 186 countries.

With visa-free access to 185 countries, this spot is shared by 5 countries as well. Countries in this spot are mixed from different regions such North America, Europe and Oceania.

Moving on to the lower part of the list, in this spot, the four countries who share the spot with access to 184 countries are Australia, Greece, Malta and Czech Republic.

If you want to learn more about the passport you hold or any other country’s passport, visit Henley Passport Index. 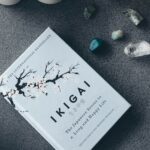 Previous story :What is Ikigai and how to find it? 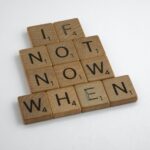 Next story :Don’t wait till you’re inspired to get started, start so you can get inspired

5 Hiring Strategies You Should Consider to Increase Company Diversity

Strategies To adopt a inclusive workplace.

The Art of Complimenting

“I can live for two months on a good compliment.” – Mark Twain

The Pirates of Silicon Valley

The rise of a technological revolution.

Personal Development: 8 Rewarding Benefits That Can Give You a Competitive Advantage

Lessons Michael Scott Has Taught Us

Let's know how Michael Scott a famous character from the renowned American series 'The Office" teaches us so many life lessons!

Libraries: Gatekeepers to our imagination