Growing up, I recall always being in awe of my younger brother’s accomplishments. From a very young age, he always seemed to just know what needed to be done, and he never resisted to do whatever was needed, no matter how difficult it might have appeared to be. While in his senior year in high school, he began to recognize the depths of the social injustices driven by racism around the world. Often, it was youth who were disproportionately the victims of such injustices, and yet this group had no representatives, no lobbyists, no designated lawyers to defend themselves against those negative experiences. So rather than wait, my brother decided to start his own non-governmental organization (NGO), called Youth Against Racism, to fight for the rights of youth around the world. For the next few years, he traveled the world representing his NGO at UN summits and would regularly lobby powerful world leaders for support–an impressive list that includes Rev. Jesse Jackson, Yassar Arafat, and Fidel Castro. I recall being so amazed by how much he had achieved in such a short time, and at such a young age.

In my own work as a performance psychologist, I found myself obsessing over the question why it is that, in the face of challenge or difficulty, some people seem to survive and thrive, while others get discouraged and crumble. My exploration of the research led me to realize that these differences were in large part due to people’s mindsets–the set of beliefs that they use to help them understand the world, and their place in it.

What was most fascinating to me was that these set of beliefs were not fixed, and that some people were able to cultivate mindsets that allowed them to succeed more effectively. Over the past 15 years, I have made it my life’s work to identify those Adaptive Mindsets that have the potential to spark one’s motivation and fuel the effort needed to allow for the successful completion of meaningful life goals.

The thing that makes these mindsets so powerful is the way that they operate through recursive processes, whereby an initial belief impacts future behavior, which in turn impact outcomes, and then circle back to impact that initial belief (see Figure 1.) For example, a student who might worry that they aren’t smart enough to be in college might see a poor test score as evidence for their concern, caused them to feel stigmatized, which in turn may contribute to a reluctance to study more effectively (e.g., by speaking with a teacher or studying in a group), consequently leading to another poor grade, and finally to the confirmation that they really aren’t smart enough.

The good news is that mindsets are malleable. In our Adaptive Mindsets Training, we show people how they can change their mindsets, and consequently, change the cycle of attributions and behaviors to lead to more adaptive outcomes.

A question I get asked commonly by students and participants in our training is “How do I find my passion?” and “How can I get inspired?” When I hear these questions, I try to caution that how we think about the nature of passion is just as important as what we do about it. In fact, research by my colleagues shows that people generally think about the nature of passion in one of two ways: (1) either as this preformed, well-defined, domain that one simply has to discover one day, or (2) as something that must be developed over time through trial and error (O’Keefe, Dweck, Walton, 2018). How we think about the nature of passion has important implications about whether we actually feel interested in something. If we believe that passion is this predefined domain that we must stumble across one day, then we actually experience less interest when trying new things, and we tend to give up more easily when those new domains prove to be difficult at first. If, however, we believe that passion is something to be developed over time, then we are more likely to experiment with new domains of interest, and persist long enough to actually see if we are interested in that new domain.

This was one of the insights that drove my brother to take action. He realized that you can’t wait till you feel super excited or motivated to get started on something. In fact, a saying he shared with me was to ‘never say later’. Over time, you will come to learn whether you enjoy and are interested in a particular domain, or not. But that sense of ‘inspiration’ doesn’t occur right away. It’s something that developed over time, gradually.

The key, however, is not to wait. Don’t wait till you feel motivated or inspired to start doing something. Don’t assume that someone more expert, with more knowledge, with greater influence will come and do what you know needs to be done. But also, don’t wait till you feel ready or inspired to get started. As my brother says, “Never say later”, and instead take action now. The inspiration will develop over time. 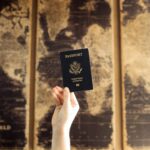 Previous story :The most powerful passports of the world in 2020 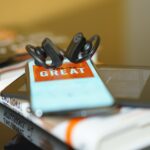 Next story :Is listening to audiobooks the same as reading?

Obama’s inspiring virtual commencement speech to the class of 2020

So, if the world is going to get better, it’s going to be up to you.

Let's know about Kanso which will help us to lead a better and happier life.

What if I Tell You Willpower Is Not as Effective as It Seems!

Use Less Willpower Rather Than More.