Since our ancestors first starred up in the glittering night sky, humans have always wondered about what it might be like to move freely among the stars. To be honest, we have made significant progress in that direction, haven’t we?

The core notion of space tourism is that soon all of us can travel to space for vacation shortly through the suborbital space flights industries. So, kudos to the visionary scientists and engineers, as because of their contribution, becoming an astronaut is no longer required to turn your space exploration aspirations into reality. Moreover, by commercializing space, we will be able to see huge exponential economic growth worldwide.

So, why will the space economy be humanity’s next great leap forward? Before diving into any further discussion, we must comprehend why this is so crucial within three significant aspects.

There is already a space war going between the big three missionary industries, which are privatized companies. However, they have promised us from next year onwards that space tourism will be possible, and they are committed to executing this project at any cost. They will not make any compromise to let this project down. These companies are Elon Musk’s SpaceX, Sir Richard Branson’s Virgin Galactic, and Jeff Bezos Blue Origin. This July, we have already seen how there was a neck-to-neck competition between Richard Branson and Jeff Bezos to go to space by their rocket. The great thing is, they both have attempted this mission successfully on 11th July and 20th July of 2021, respectively. Therefore, the incentives of these successful marketing gimmicks have already reached within the whole space enthusiast markets. For Instance: The Business Insider stated that 600 people have already reserved tickets for tours in space while the companies are expecting full commercial service by 2022. Even one ticket was auctioned and sold for twenty-eight million USD for Blue Origin. A similar case goes for SpaceX, which has already sold one ticket for fifty-five million USD. Whoever the consumer is, if he eagerly wants, he might even be able to explore the international space station through SpaceX.

Let’s look at the general ticket price you need to pay if you are willing to plan a space vacation. Well, the general ticket will be priced at 250,000 USD in the first phase, which a common person definitely will not be able to afford, and that is why they are getting criticized by the media. Aljazeera quoted that “Space ‘tourism’ as performed by a pair of billionaires is, for now, merely an overpriced joyride for the ultra-rich”. Thus, it is obvious that for now, only 0.1% richest people in the world will afford this easily. But it seems it might not be the case for the future as Richard Branson stated that the price of the ticket would be lowered within five to ten years when more people use it, and eventually, the price of the ticket may be as low as forty thousand dollars. As we already can see that the foundation is strongly built up, which is why renowned economists, engineers, and data scientists are certainly optimistic about this industry. They are assuming that this particular industry will alone contribute huge numbers in GDP.  We are expected to see an economic boom globally as the future seems pretty solid for this industry. For example, Morgan Stanley’s Space Team estimates that the roughly $350 billion global space industry could surge to over $1 trillion by 2040.

The Overall Potential lying Within The Industry

Through this single tycoon industry, many sub-industries can be created soon with the help of space tourism industries that will benefit all of us. Let’s use the E-commerce industry here as an example. Through the inception of this big industry, many sub-industries also benefited throughout the years, such as the delivery service, packaging service, payment gateway services, and so on. Just think about this, if some affiliate marketers are going to make blog sites based on space tourism to get an early mover advantage in the mainstream market will also be able to get a huge payoff in the upcoming days. The companies, already associated with space tourism as sponsorship, and the related service provider will earn a large portion of the amount. Their contribution would be a big factor within the economic sector. For instance: Virgin Galactic is making a deal to associate with Under Armour, Inc., where Under Armour will provide the space-related suits and require pieces of equipment to the end consumers of Virgin Galactic. By utilizing our existing knowledge, we can get help from this industry and create sub-industries. By creating these potential opportunities, we all can get a small portion of this huge pie to increase our assets.

Despite some risk factors like health and environmental factors, we can say with certainty that if all goes well as planned, we will be able to travel to space within the next year. This small step also can be a giant leap for mankind, like landing on the moon in 1969. 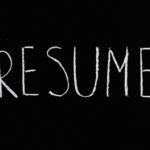 Previous story :How To Craft The Best Product Manager Resume?

Next story :Give yourself a Break

Here are my top 7 picks from the Tom and Jerry series.

What if colors could speak

Listen to the silent messages of colors

Personal Development: 8 Rewarding Benefits That Can Give You a Competitive Advantage

Check out these documentaries that can entertain and educate you at the same time.

Short Books You Can Finish in a Day

Compiled in this listicle are 5 books, from different genres, that anyone can enjoy, especially the ones with a tight schedule.

Perks of Being a Google Employee

With a tremendous work culture, Google is more than just a tech giant.

With all the anticipation and excitement about the F.R.I.E.N.D.S reunion, we can't help but look back at the original series. The 10 glorious years made us laugh, cry and taught us some valuable lessons along the way. Let us look back at some of those lessons.

Moments of football of 2020 that made history

I think most of us can agree that 2020 has been an overwhelming year. People all around the world have lived through an unprecedented pandemic that forced them to alter their lifestyles. However, the world of football has been as active as ever. Several records have been made and broken, venerable figures have passed away. […]