Son Goku, the main protagonist of one of the most popular Manga and anime series Dragon Ball,  has been more than entertainment for me. As a 90s kid, Dragon Ball was a daily dose of excitement and thrill and Goku (or Saiyan prince Vegeta would call him as Kakarot) has been the hero to look up to in dire and desperate times.

While Goku is famously known for his last minute ‘saving the earth’ miracle, iconic Kamehameha, insatiable desire for food and inappropriate social gaffes and laughter, he has been an incredible source of inspiration, values and life lessons which remain deep in the hearts of the fans.

Here are 7 life lessons that Goku keeps on teaching me!

Value your family and friends

Goku may seem to be a little indifferent about his family when he prioritizes training over staying up with his family. Even though it may seem a bit odd, he deeply values his relationships, care about his friends and family. He will always be there to help and protect them, even if it costs him his life.

Compete with yourself to be better everyday

Goku is someone who will never settle for anything, especially when it comes to becoming the strongest fighter in the universe. While his thirst for excellence is insatiable, he competes with himself everyday to be the very best. He consistently puts himself through difficult training and situations just to get stronger and stronger.

He lives and dies for others

Goku is blessed with a selfless soul, and he lives and dies for others, well also for training (that guys is obsessed with training). He would not think twice when it comes to saving himself or saving his family, friends and the world. He would smilingly sacrifice himself to protect the people he loves and cares, and the planet he calls home.

Remember those nerve-wracking moments when Guku appears in a feeble state, moaning in pain, frustration and failure? Even in those moments, Goku would never give up or silently surrender. He will always get up and use his last ounce of energy to protect this earth from enemies. He will always find new strength when he gets pushed to his own limit.

Give second chance to your foes

Despite his valor and strength, Goku has a tender nature of compassion. He would fight his worst enemies, but he would never get vengeful in killing them. He will almost always give his enemies a second or a third time even if the enemy has caused him insufferable pain (Remember Goku’s fight with Frieza in Planet Namek?). Give people a  second chance, maybe they will change for the better.

Treat everyone with respect and appreciate them

It is unanimously agreed that Goku is the strongest fighter of the bunch, but he maintains humility and respects everyone, irrespective of their strength or background. As a result, we see him frequently praising the likes of Piccolo, and Krillin and appreciate their contribution in saving the world.

Goku has a laid-back character when it comes to taking life seriously. He does not get bogged down with day to day worries and chores. As long as he gets a good meal, he is cool with all other matters, except training.

Although I highlighted only 7 points here, there are plenty more that I could not cover. Let me know if you have any exciting life-lessons that I have missed. 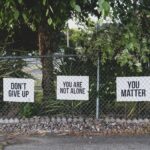 Next story :How to Help Someone with Depression

Is listening to audiobooks the same as reading?

Is listening to audiobooks, not the same as reading a physical or electronic copy of the book? Read along to find the answer.

Short Books You Can Finish in a Day

Compiled in this listicle are 5 books, from different genres, that anyone can enjoy, especially the ones with a tight schedule.

So what would be the tech enabled disruptions that we need to keep an eye out in the decade? Below are 5 such transformations to look forward to.

The Little Prince: How it changed my attitude towards life

The book takes you to a wholesome adventure and gives you a deeper sense of life and yourself, challenging your viewpoint and unfolding different perspectives towards people and life altogether.

The most powerful passports of the world in 2020