History is boring. Politics, a complicated concept, right?  No, wrong! However, I must admit remembering historical facts and especially the dates can be quite daunting. India, Pakistan, and Bangladesh – three post-colonial independent nations – have plenty of stories to tell, especially regarding the British colonial period. To better understand these nations’ emergence, I will recommend four movies that you can watch without having to pay too much attention. Warning: you might find yourself paying attention!

Buddha in a Traffic Jam

A “Naxalite” is a member of an armed group supporting Maoist communism—the political organisation that advocates for the Communist Party of India (Marxist-Leninist), founded in 1969. There’s a seemingly never-ending conflict between Naxalites and the Indian government. Buddha in a Traffic Jam is a movie about an MBA student who attempts to solve the Naxal problem by promoting Naxal ethnic handicrafts. The film is an ideal depiction of how the Naxalites live in India and how there is more than one country within a singularly defined nation.

The death of Lal Bahadur Shastri, ex-Prime Minister of India, is one of the less-talked-about chapters of Indian history. Be it the popular political discourses or school-level history books, the story of Shastri’s death is nowhere to be found. Ragini, an energetic young journalist, abruptly receives a mysterious call. The caller from the other side reminds her of the fact. Capitated by the realisation, being restless, she publishes a story. One thing leads to another and ultimately results in forming a committee committed to solving the 53-year-old case.

Begum Jaan is a movie about two countries, a group of people who were divided and one home, which is a brothel to the outsiders. This story is about Begum Jaan, the brothel’s madam, who tries to save her home. She strives to protect it from the colonial rulers’ destruction to construct a border between India and Pakistan. Far away from the state-level political decisions, the prostitutes fight to save the piece of land that they consider to be their very own country. The film is based on the context of 1947: the pre-Independence era of India.

Manikarnika: The Queen of Jhansi

Manikarnika is a biopic about Rani Laxmibai: the queen of Jhansi. Known for her waging war against the British East India Company, Rani Laxmibai is one of the historical figures who made the British colonisers leave. Filled with nationalistic sentiments, the movie takes the audience through Rani Laxmibai’s entire life: from youth to the period of war.

Although periodical movies do mismatching between drama and history, we certainly don’t want to see conventional documentaries too (Unless you have a keen for that!). However, these movies have the perfect blend of drama and historical representation that can make your movie nights better. 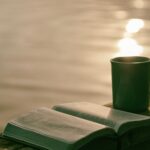 Previous story :Self Help Books to Keep You Mentally Sound 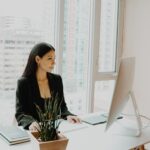 Next story :What can go wrong in an Audio Interview? Avoid these!

Moments of football of 2020 that made history

I think most of us can agree that 2020 has been an overwhelming year. People all around the world have lived through an unprecedented pandemic that forced them to alter their lifestyles. However, the world of football has been as active as ever. Several records have been made and broken, venerable figures have passed away. […]

Why I chose Sciences Po for my master’s degree!

Choosing a university for higher studies can be a daunting experience, especially when the investments are huge and your time, money, and future are at stake. If one possesses good grades and has been proactive in extracurricular and professional pursuits, chances are high that he or she has a plethora of options available. As a […]

Even during a pandemic, many businesses remained afloat as they responded to the changes in consumers’ lives. Many of such successful business practices will remain in usage even in a post-pandemic world. Read to find which trends will persist.

Ran out of face masks to go on emergency shopping amidst this crisis?

Dive into the Beautiful World of Copyright Free Images

Dedicated websites from where you will get awe-inspiring photographs without spending a penny.

So what would be the tech enabled disruptions that we need to keep an eye out in the decade? Below are 5 such transformations to look forward to.