I mean, yes, I understand why people might maintain a safe distance from classics. The books of the genre can be somewhat intimidating. Native speakers and avid readers, too, find classics to be daunting at times. There’s enough chance that you’ve been suggested to read children’s classics if you’ve been looking for “easy” or “simple” recommendations. Otherwise, you’ve been told to pick up boring stories written in minimalist vocabulary. With all that in mind, in this article, I will recommend five easy-to-understand classic books that are enjoyable.

One of the remarkable works under the dystopian fiction genre! Written in 1949, 1984 is a reflection of the political satirist aspect of George Orwell. The book paints a unique class struggle within a totalitarian bureaucratic setting. It is known for being well ahead of its time as well.

A synopsis is unnecessary, I believe. You sure have watched one of the films or mini-series adaptations of the title. Also, I must say: NO,  you don’t know the story. The book is much different from whatever you’ve seen in the movies. That being said, read the book. You won’t regret it.

The Curious Case of Benjamin Button by F Scott Fitzgerald

Unlike one of his most famous books, The Great Gatsby, this short story is a satirical representation of the dark sides of human nature. The story starts with the birth of Benjamin Button, who arrives in the world as a 70-year-old man. Over time, both his physical and mental age reduces. He starts with being an older man in need of a cane but eventually ends in a kindergarten. At last, he ends up requiring assistance from a nurse – because he is a less-than-a-month-old baby now.

Austen is known for her challenging yet enjoyable writing style. The readers mostly gravitate towards picking up Pride and Prejudice, for it is the most discussed book of hers. Considering that, Lady Susan is one of her most underrated books. The novel follows a young, attractive, witty, and intelligent woman named Lady Susan Vernon in an epistolary (in the form of letters) form. Being amoral and ill-spirited as a person, Lady Susan is a type of character Austen isn’t famous for portraying. You’ll hate to love the character.

The Bell Jar by Sylvia Plath

Are you going through depression? Read the book to reflect on a few of the multiple patterns of depressive thoughts and understand how it works. That said, this book, for the same reasons, is for everyone and, at the same time, for none. The novel follows a nineteen-year-old brilliant girl who faces several phases of mental breakdowns resulting in mental illness.

There are plenty of classic books stuffed with infrequently used words and long sentences that might require you to reread. But, not all classics are as hard. If you can keep your fear away and a comfortable classic nearby, you’ll soon find yourself dwelling comfortably in the realm of classic literature. 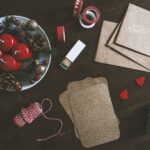 Next story :10 Christmas Marketing Tips to Keep in Mind This Festive Season

Read this article to know about best plagiarism checker software and increase the accuracy of your works.

Skills You Should Gain If You Want to Study Abroad

When you arrive in a new country with a head full of dreams and a mind full of hope, excitement, and even anxiety, the new way of life may seem impossible to lead initially. However, if you can manage to gain the following skills, your new journey is bound to be easier, enjoyable and may set you up for future success.

5 Creative Tips to Finish Your Research Project on Time

Everyone wants to finish their project on time, but only a few know how to make it. The only key is dedication and persistence - you may want to ace your project in time, but maintaining the quality is the prime concern. So by keeping this in mind, here are 5 things you can do to speed up the process effectively.

Via SPSS a plethora of analytical tools can be utilized. This generates valuable insights for the users and lets them discover findings that may otherwise not be found. Continue reading to find out more reasons for you to spend some time learning this extremely powerful statistical tool.

Microsoft Power BI allows users to extract important insights from data and illustrate the findings in a very organized manner. Read this article to find out more.

5 Notetaking Techniques To Take Note Of

Organizing physical copies of your notes is one thing, but how you organize them when writing them down is much more important. Here are 5 notetaking techniques to try for better grades with less stress.

Read this article to know about some of the top liberal Arts Graduate Programs.

STEM-competitions encourage students to think creatively and build their practical skills. Find out your next target, high schoolers!