With over 350 million users and worth at USD 10 billion, PayTm is the biggest e-commerce payment system in India. Initially starting with online deals and e-ticket booking, now it is available in 11 languages and has facilities a wide range of activities — such as utility bill payments, event bookings and in store payments.

This success of Paytm can be traced back to one person, Vijay Shekhar Sharma, who was born to a middle-class family in a small town in Uttar Pradesh, India. Despite being a brilliant student, he ended up falling behind in his studies due to his weak English, and eventually, dropped out of college. He did, however, taught himself coding and managed to get a job at an MNC, which he quit after 6 months.

Next, he started a business with his partners but got conned in the process. After all these hardships, he co-founded One97 — the eventual parent company of Paytm — and came up with his own product Paytm in 2011 which later flourished into what it is today.

Hence, we decided to come with a few lessons from Vijay Shekhar’s life which you can incorporate into your life.

1. Treat your employees as equals

2. Building trust is the priority

“30% of the company’s campaign budget is invested in building trust with the customer. For us it was the single most important factor,”

The secret behind this steep arch to success is the relationship he established with his clients that was not prioritized by many companies before. When he started his venture of Paytm, he built a 24/7 customer care service to attain trust from his initial customers. Paytm also gave priority to customer care by joining Facebook and Twitter just to respond to customer complaints as soon as possible. According to him, trust is the secret recipe behind his success.

Before his success with Paytm and One97,  he worked for a MNC which is also deemed a success from general point of view. However, going back to his childhood, he had no such privilege that helped him rise to such heights. He studied in Hindi medium so he barely had any proficiency in English. He didn’t have any financial backing from his family as he did not come from an upper class family. All of this struggle made him drop out of college but despite all this he did not quit and eventually rose to the top. This tells us how you can overcome lack of privilege by working hard.

One thing anyone will say about Vijay Shekhar is that he is extremely resilient to adversity. His massive success with Paytm and One97 isn’t the first initiative he had taken. In 2005, he raised about 8 lakh Indian rupees only to be conned 40% off that. He had raised the capital to start a new venture with his partners but because he was duped he could not go on with it. This devastated him but he did not give up. He saved money and eventually began One97.

Entrepreneurship is a daunting task to many and understandably so. This is why knowing about successful entrepreneurs can give us many insights into the world of startups. Have you found this article helpful? Let us know. 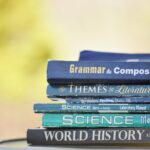 Previous story :Apps You Can Use for Learning English 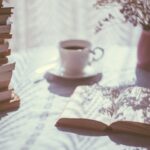 Next story :5 Easy-to-go Classics to Start Your Journey of English Literature

Ayurvedic Clock: A Clock that Rules It All

Ayurvedic Clock is an art of balance. We need to condition ourselves to rest and be active at appropriate times so that our internal clock aligns with the natural rhythm.

What is Ikigai and how to find it?

On New Year’s Eve, we all craft resolutions and goals — recycling the unticked ones from last year and including the trending ones from the internet. However, in doing so we often leave out the ones we really need to do and can do. Which often results in a set of unaccomplished goals. And in […]

Why You Should Start Reading Non-Fictions, Today!

The declining tendency among youth towards reading books outside the classroom requires no statistics. However, parents and teachers try to incorporate the habit of reading among their children, and they often start with fiction. Fiction provides the valuable skill of imagination at an early age but the irreplaceable importance of non-fiction must also be considered. […]

Three ways you can build your circles RIGHT

Here are three ways I have shaped my circles to build who I am today that I hope is helpful to you.

Don’t wait till you’re inspired to get started, start so you can get inspired

Growing up, I recall always being in awe of my younger brother’s accomplishments. From a very young age, he always seemed to just know what needed to be done, and he never resisted to do whatever was needed, no matter how difficult it might have appeared to be. While in his senior year in high […]

Some exciting international humanities competitions for high schoolers to explore

Here is a list of some hand picked competitions that are accepting applications right now. Choose wisely!