In a few months’ time, my son will no longer be a kid. He’ll officially have a “teen” in his age. It’s a time of rebellion; one where parents are no longer cool and conformity is critical.

I remember it well. Amazingly, I’m actually in the minority here, as most parents seem to have forgotten what it’s like to be a teenager. As a result, they inevitably make the same mistakes their parents did.

I don’t want to sugarcoat things; I want to tell you like it is. Here are three things no one tells you when you’re young but should.

Every Decade Our Body Changes

I didn’t learn this until I met my friend Jerry in my mid-thirties, but it’s something I’ve never read in any book, or heard anyone talk about. Jerry was a few years older than me, and one day we got on the topic of aches and pains. I remember him telling me, “Every zero, your body changes.” He was referring to turning 40 at the time, but it applies when we’re 20, 30 and all the way up.

I’ll admit, I laughed this off, but a few years later when I joined him in our 40s, I understood what he meant. Back when I was 20 was when I first started feeling muscle pain. No big deal, but after a two-hour basketball session, my muscles ached. At 24, I broke my finger which required surgery, and a month of rehabilitation. Then at age 28, I remember getting water in the knee. Again, no big deal, but still, it wasn’t like my teens.

In my early thirties, I had a biking accident which damaged the ligaments in my arm. That took three months of rehab and it never returned to normal. Still today I can feel the lingering effects of that injury.

I’m 46 now, and two years ago, I threw out my back twice in three months. I followed that up with sciatica. Let me tell you, that was rough. Basically, my right leg was numb for four months. It felt as if I had an invisible cast over it. Bending it was excruciating. I’m not joking, it felt like someone was shoving hot iron needles into the base of my spine.

Takeaway: Getting old will sneak up on you. To prevent as many injuries as possible, we need to implement a stretching regimen. Yoga is excellent for this. Creating a daily exercise routine as early as you can, and sticking to it will help you avoid many of the injuries that the average person has.

Many years ago, I had a friend called Mark. He was from Hong Kong, but grew up in Thailand where he attended an International School. He often came over to my house and when he did, if he saw my father come home, he would always take the time to greet him. “Good evening, Mr. Shepherd,” he would say. My father always liked Mark.

Like Mark, I was taught to be polite. I did so because it was the right thing to do, but over the years, I’ve learned that attitude is more powerful that we give it credit for. I’ve learned that teachers and professors will forget our grades, but not our attitude.

A positive attitude pays off in both directions. First, you feel good. Second, other people appreciate it. No one likes a Debbie Downer. If that’s not enough, I can say for a fact that a positive attitude has saved my grade a few times, gotten me out of one or two tickets and even a lawsuit. Never underestimate the power of a positive attitude.

Takeaway: One of the classic books on personal development is Dale Carnegie’s How to Win Friends and Influence People. It’s a bit dated as it was published way back in 1936, but the ideas contained within it are timeless. For those who want to tap into the power of a positive attitude but don’t “have the time” or the desire to read the book, here’s a cheat sheet. It’s golden.

My father was an avid reader. Every night he’d settle into a chair with a drink beside him and devour a book. He never took a speed-reading course, but he could rip right through a book in hours. I grew up with TV and while I loved reading comics, high school English ruined books for me. Had we had to read the Harry Potter series, Jurassic Park, Animal Farm or The Art of the Deal, things would have been different. Instead, we were forced to read so-called classics and I lost interest in books. Maybe you can relate?

Today, we live in the digital age. Smartphones in our pockets, answers just a few clicks away thanks to Google, and social media competes with Netflix and Disney+ for our time. Books can’t compete, can they? Jim Rohn, the late great American business philosopher, used to say, “Any house over $500,000 had a library in it, why do you think that is?” I’d never thought that before, but having read and listened to thousands of successful entrepreneurs, the one thing that connects them all is books. Bill Gates, Warren Buffet, and Elon Musk all have books that changed their lives.

When I was young my reading was limited to Agatha Christie and a few novels that my friends raved about. However, when my business was in trouble in my early thirties, I turned to books for answers and they not only helped me turn my business around, but also transformed my life. My own library started with Rich Dad, Poor Dad, but today it numbers in the thousands. Don’t know where to start? Try picking up the books here, and here.

Takeaway: Harry Truman said it best, “Not all readers are leaders, but all leaders are readers.” We like to say, “Food for thought,” unfortunately, most people feed it junk food in the form of gossip and news. Instead, feed your mind with books. The greatest leaders, speakers, and influencers have taken the time to put their wisdom into words in the form of books. Anyone can read them, but very few will. I recommend you do.

Being young is an exciting time full of opportunities and exploration. It’s also the time to build a solid foundation upon which will support them for the rest of their lives. Wisdom is learned through experience, both good and bad. Three things I wish I had learned early on in life are the power of books (learned from almost going bankrupt), the importance of a daily exercise regimen (learned from my back injuries) and the value of a positive attitude (learned from seeing friends struggle). Life isn’t a sprint, it’s a marathon. No matter how old you are, it’s never too late to implement these three things into your life. 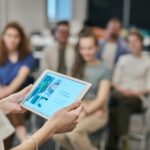 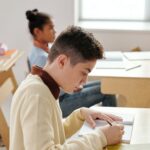 Next story :5 Notetaking Techniques To Take Note Of

These movies & series will surely ignite a curiosity to learn more about STEM whether you belong to the STEM-related fields or not!

Reasons to have a mentor

In whatever setting you may find yourself in, be it professional, academic, or personal, mentors are a great asset.

4 Tips to be Productive Throughout the Year

These tips will help you to be productive every day