One of the many disruptions caused by the Covid-19 pandemic is the cancellation of the graduation ceremony of America’s high school seniors. On this auspicious moment, celebrities, activists, artists and students virtually gathered together to celebrate it.

During this virtual event, former President Barack Obama gave the graduating seniors a commencement address, encouraging them to move forward with their ideas and visions and taking charge of the new obstacles bravely. He congratulated the class of 2020 for graduating under these circumstances along with their parents, teachers and who guided them.

As he remarked “Graduating is a big achievement under any circumstances. Some of you have had to overcome serious obstacles along the way.”

Obama said to the class of 2020 that the disappointment of missing graduation would pass away quickly as the global health crisis would force them to grow up faster.

He told the graduates that this is a transitional period of their lives and in the current situation this is more important than ever.

And Obama cautioned the students that the usual know-how will not be sufficient to address the unprecedented challenges this generation will face. “All of those adults who you used to think were in charge and knew what they were doing? Turns out, they don’t have all the answers. A lot of them aren’t even asking the right questions.”

He also shared a vision where things will get better but the onus will be on the younger generations.

“So, if the world is going to get better, it’s going to be up to you. That realization may be kind of intimidating, but I hope it’s also inspiring.”

He said, “You won’t get it right every time, you’ll make mistakes like we all do. But if you listen to the truth that’s inside yourself, even when it’s hard, even when it’s inconvenient, people will notice. They’ll gravitate towards you. And you’ll be part of the solution instead of part of the problem.”

“Stand up for one another’s rights. Leave behind all the old ways of thinking that divide us — sexism, racial prejudice, status, greed — and set the world on a different path.”

At the end of his speech, Obama stated that the Obama foundation will help the graduates by giving them the skills and support to lead their own communities, along with young leaders from all around the world.

His ending note will surely be a source of inspiration for many when he said:

“ But the truth is that you don’t need us to tell you what to do. Because in so many ways, you’ve already started to lead.”

This summary of President Obama’s speech is brought to you by Mysha Farah from the Circle Desk. 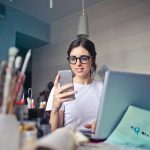 Previous story :These virtual internships will make your stay at home productive

Next story :3 hacks to strengthen your mental well-being

I figured a few things that helped me get beyond the judgement of people.

3 Principles On Time Management from The Stoic Philosopher Seneca

Seneca is a fascinating ancient thinker like no other, who shared his wisdom on the value of time about thousand of years ago but is still unsurprisingly relevant for today's age. So why not know about some of his worth mentioning ideas on fundamental principles of time, like, practicing delayed gratification, valuing time over commodities, and starting living rather than just existing.

Work-from-home is a concept that is greatly growing in popularity. Here are 5 work-from-home jobs you can do with the help of your mobile phone

Why “Me Time” Is Important?

Let's know from this article why me time is important for all of us.

Ratan Tata: Beyond a business tycoon

Ratan Tata may not belong to the list of richest men by Forbes but he surely knows how to win the hearts of millions.