If you are asked to choose a topic and given two minutes to speak incessantly about that, I assume you will choose the post-covid world, Marvel, or perhaps, video games! A person who didn’t grow up playing video games is probably the rarest of kinds. We all have bittersweet memories of gaming, be it on our own computers or fighting for a seat in the cybercafes after school.

Who doesn’t remember Road Rash, House of the Dead, Super Mario, and FIFA?

Though, for the game-lovers, computer games are not limited to any age. And the increasing number of gaming societies have made the industry one of the fastest-growing economic sectors. Elders find gaming an escape from the monotonous eat-work-sleep-repeat routine.

For obvious reasons video games most of the time get a bad rap. The gaming industry has always been an eyesore for the intellectuals waiting to be ignited. A recent reveal of WHO titled gaming disorder, exactly did that. Though some theories were debunked and some research came up with shocking unfoldings. You may really want to know the myths and the truths.

Having said that, you’ve probably noticed, contemporary games are not Duck Hunts or Soviet Jump Game anymore. Lifelike graphics and imaginative identities have taken the video games and the obsession lurking around them to another level. Now the question is, do these video games serve any other purpose beyond entertainment? Perhaps foreseeing the argument on whether computer games are merely a forbidden form of distraction, the developers stood out. In recent decades, the gaming industry has introduced blended games that encourage critical thinking, problem-solving skills, and reflective learning. Even many educational institutions have included game-based learning in their curriculum. These are no less intense than Minecraft or Call of Duty, yet have a very resourceful layout.

Classic mind-building games such as Sudoku, Jigsaw puzzles, Chess, etc have already set the bar high. It’s time to take a look at the new entries claiming to be equally educative and skill-centric.

Known as the top-rated brain training game, Lumosity has a pattern to help your memory to be sharp and focused through daily brain exercise. The game contains a group of tailored mini segments that improve your brain’s functionalities. Its content enriches your memory, concentration, critical thinking, and processing speed. No purchase is necessary to receive customized facilities like attending scientifically validated tasks, improving targeted skill sets, and attaining cognitive training.

Lumosity is a game I don’t recommend if you are looking for only fun and engagement. Players motivated by the challenge of improving their EQ are more likely to love this game.

As Far as the Eye

I’d recommend you to at least watch the trailer of the game. As Far as the Eye is one of the graphically enriched games in terms of creating a cinematic universe. It is a strategy game about working together for sustainability. Encourages players to harvest resources they require without stripping the world bare.

This game is made of a beautiful plot with a thought-provoking message. As the game type suggests, you may assume the whole thing will revolve around you versus your enemy. But here if you destroy a resource or take more than you need on your journey, you will invite the fury of nature down on you.
The game is designed for you to practice your morals and ethics. You will grow a strong sense of aiding others in identifying your own shortcomings as a human being. A true piece of charm this game is!

What is it you expect by the phrase puzzle game? Maybe some cryptic instructions with a vivid semblance of an end goal? But, Wouter Walmink’s Secret Signs has gone far beyond a traditional puzzle game.
Instead of decoding instructions, you will be given some signs, colors, and shapes to interact with. You have to place the patterns in place and make sense of the nonsensical. These visual riddles are tied to real-world themes ranging from ancient symbols to modern tech. The most surprising thing is, every riddle you solve has a background story to share. You get to know both classical histories and tales of human advancements through every level. This whole arrangement undoubtedly justifies the name, Secret Signs.

Return of the Obra Dinn

Ask any 90s gamer about detective games and watch him/her reminiscing about solving grisly murders as Gabriel Knight or George Stobbart, immersed in a fog of smoke. This genre has always been on top in the gaming world because of the adventures, suspense, and experiments.

Return of the Obra Dinn is a masterpiece. Probably the best crime-scene investigation game drenched in mystery and darkness. It requires your fixed attention, emotional intelligence, and problem-solving skills to reach the conclusion. Unlike Witcher 3, ROOD is based on a realistic investigative game setting. It’s surrounded with challenges in piercing suspense without being spoon-fed what to pay attention to.

This newer rather unique skill-oriented PC game totally lives up to its subheading by being a solely keyboard-focused game. It’s set in a wonderfully rendered origami world and only your typing skill determines your victory. When it comes to improving your words-per-minute score, there is hardly any game that allows combats. In a nutshell, the more rapidly you type, the more the chances of your winning increases. Pure fun, no?

This list containing reviews of only five games doesn’t cover even a bit of what educational games there are waiting for you on the web. We see Lure of the Labyrinth driving players to rescue pets from monsters by solving mathematical puzzles. There is Zoombinis, where you use logic, pattern, and data analysis. You got Kerbal Space Program revolving around physics, the solar system, and basic aerospace engineering. Even the non-gamers are convinced to play such games as the best way to learn something is to enjoy it.

Ain’t it amazing how developers find ways of sneaking in educational factors where we would least expect them?

Maliha Yasmin Loves to laugh, learn and live. Wants to be an education enthusiast. Also a contributor @Circle
Do you like Maliha Yasmin's articles?  Follow on social! 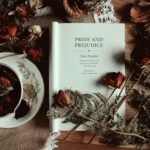 Previous story :Why Is Elizabeth Bennett A Role Model? 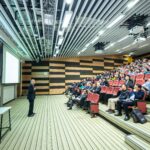 Next story :Reasons to have a mentor

Confused while applying to universities abroad? Here is a list to help you

Here is a list of the general set of documents you will need during the application process.

Microsoft Power BI allows users to extract important insights from data and illustrate the findings in a very organized manner. Read this article to find out more.

Skills You Should Gain If You Want to Study Abroad

When you arrive in a new country with a head full of dreams and a mind full of hope, excitement, and even anxiety, the new way of life may seem impossible to lead initially. However, if you can manage to gain the following skills, your new journey is bound to be easier, enjoyable and may set you up for future success.

Reasons You Should Learn French

Ponder upon these best easy-to-understand classics and discover a new horizon of English Literature.

Best Databases for Your Next Research Project

Let's know about some of the credible websites that can help you in your next research projects.