As a writer, you should always be careful about grammatical errors and sentence formation because a well-read reader would not be willing to read your article if it is filled with mistakes. Grammatical mistakes also sign bad writing etiquette and should be avoided to mark the writing world and earn readers’ love.

Grammatical mistakes are the sign of a novice writer and should be learned to be avoided as a writer grows. Here I am highlighting some of the most common grammatical errors that writers end up making

A comma splice or comma fault is the use of a comma to join two separate clauses. There are three methods for repairing a comma splice. You may add conjunction, convert the comma to a semicolon, or separate each independent clause into its sentence.

Incorrect: She took the boy’s cookies away, that was mean.

Correct: She took the boy’s cookies away. That was mean.

Mom bought a snack for me.

This is a simple error that many people make because they do not understand the difference between ‘affect’ and ‘effect’ their meaning. Most of the time, affect is a verb, whereas ‘effect’ is usually a noun.

Example: Communities within forty miles of Chittagong were affected by the tornado.

Affect means to have an impact on or make a difference in someone’s life.

Example: The tornado had a disastrous effect.

Effect means a change that is the result or consequence of an action or other cause.

“Your” and “You’re” are two completely different words with different meanings. People tend to use “your” in the place of “you’re” and vice versa. Your means possession or to have something in your control. Whereas you’re is short for you are.

Did you complete your homework?

Irregardless a word that is labelled as non-standard in the majority of English dictionaries in the world. In its place, “regardless” is to be used, which has the same meaning and is considered the standard.

A run-on sentence happens whenever two or more separate clauses are incorrectly connected.

I love to run. I would go on runs every day if I had the time

I enjoy writing articles. I would do so every day if I had the opportunity.

Incorrect: The two best things about the party was the food and the music.

Correct: The two best things about the party were the food and the music

8. Use of the wrong word in a sentence

A malapropism happens whenever someone chooses an incorrect word in favor of a similar-looking word. Using the wrong word in a sentence changes the meaning of a sentence.

Use of literally in a sentence when we mean to be figurative is a common mistake.

“I” and “me” both are personal pronouns that are used to refer to oneself.

I is the subject pronoun in the first person singular sentence. It relates to an individual who performs a verb’s action.

In the first-person singular object, the pronoun is me. It relates to an individual to whom a verb’s action is directed.

10. Preposition in the ending

The use of a preposition at the end of a sentence is a standard grammatical error. A preposition, by definition, means that another word will come after it. This sort of mistake isn’t a massive deal in casual conversations, but you should avoid it in print.

Incorrect: What reason did he come here for?

Correct: He came here for what reason?

I have only mentioned ten grammatical mistakes here. However, there are tons more out there. Which of the mentioned mistakes have you found yourself making?

Previous story :How do we cope up with online classes? 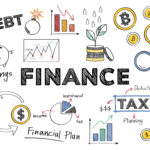 Next story :Struggling with your finances? Here is a list of Dos and Don’ts

Today we will talk about innovative concepts that will elevate regular classrooms, help streamline as well as enhance the education process.

These hand picked educational blogs will guide you from assisting in different subject matters to unboxing new productive channels.

The P.R.O.V.E.N Test: How It Can Boost the Credibility of Your Academic Research

Let’s see how the P.R.O.V.E.N test can help you evaluate any sources you encounter and preserve the authenticity of your research.

Make your way to success a little more patchable with these “common secrets”.

Apps You Can Use for Learning English

Ponder upon these apps to become a master in English language.

Reasons You Should Learn German

Whether for higher education and career opportunities or to know about a new culture, learning German language should be prioritized.

Social Science scholarships to look out for

Hefty tuition fees of higher education is always something haunts us, the students. This article helps you with some scholarships to get you a way out.