You may or may not be fully aware of the Sunk Cost Fallacy, but the chances are high that you are sensitive to sunk cost in making any decision and a victim of it too, as pointed out by Sweis et al. (2018). Did you ever feel like leaving a movie theater because the movie was horrible? But for some unknown reason, you continued to watch it anyway till the end. Or have you felt the urge to keep eating just because you have already bought the food? If the answers are yes, this article will explain what this behavior is all about.

In economic terms, a sunk cost can be defined as any cost or investment paid or made in the past which cannot be recovered. Ideally, sunk cost should not be relevant to the decisions you make today or in the future. As a rational decision-maker, you should try to maximize your benefit, at least in an economic sense. However, if you fall for the Sunk Cost fallacy, you are likely to ignore the most rational decision and start making decisions based on already incurred costs. So, Sunk Cost fallacy can be summarized as an irrational belief where someone wins over themselves to continue doing something just because they already committed a lot of time and/or effort into it, ignoring the fact that this continued investment may not be rewarding at all.

For example, you have bought a company’s stock at USD 10 and expect its value to increase in the future. However, you have noticed that the stock’s value plummeted to USD 8, and the future forecast shows that this trend is likely to continue. As a rational investor, you should sell this stock even at a lesser value to minimize a greater loss. However, you do not sell it because you have already invested money, time, and effort into this. As the trend suggested, the stock price dropped to USD 6 now. This has put you in a worse-off scenario, as you have made an additional economic loss of USD 2. Since you let the cost already incurred (USD 10) influence your decision (USD 8 and the future forecast of stock prince), you have become a victim of the Sunk Cost Fallacy.

Is it only for economic issues?

Now you may think, sunk cost fallacy is only related to financial matters. Not precisely, sunk cost fallacy can be everywhere. For example, there are people who will continue a toxic or failing relationship just because they have “invested” a lot to leave. Some people will continue to watch an awful movie despite their interest because they have already paid for the movie ticket. Think about a buffet dinner. Since you have paid for an “all you can eat” meal, you are now under a lot of pressure to eat as much as possible, often jeopardizing your health.

Can this be a macro-level problem too?

Sunk Cost Fallacy can happen at a much larger level too. Remember the supersonic airplane, Concorde? Concorde, a British–French joint initiative to create a supersonic passenger airliner, created tremendous hype for its unique speed and luxurious services. Despite the hype and expected cost-benefit ratio, it became apparent to the British and French governments that there was no economic case for the Concorde. The production and operational costs were high and the ticket price was only affordable to the wealthy. Even if it was privately considered as a financial disaster by many, they continued to invest in the same because of Sunk Cost Fallacy. Thus, the Sunk Cost Fallacy is also alternatively termed as Concorde fallacy.

Now that you are aware of the Sunk Cost Fallacy, can you think about a time when you were a victim of this bias? If yes, why not share in the comment section below. 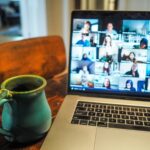 Previous story :Beyond boundaries: The Wonders of Asia Pacific Week 2020

Next story :5 Ghibli movies to ease you down in pandemic

This Novel-coronavirus pandemic has taught us one thing for sure and that is- “There’s nothing certain but uncertain”, right? “It is not the strongest or most intelligent who will survive but those who can best manage change.” Charles Darwin, an English Naturalist In the current time, when we’re surrounded by ambiguities, the quote seems to […]

Change Your Marketing Game to Grow Your Business

Without a question, marketing is the heartbeat of sales. The right marketing tools and tactics will keep you ahead of the competition by linking things with the right clients at the right moment. Trends, not only time and geography, have a role in marketing. As a consequence, it’s a competition to determine which brand can […]

Find out these online tools that help you to accelerate the typing speed.

How To Manage a Sales Team: 8 Tips for Success

In this guide, we’ll share 8 tips that can help you manage the sales team of your company more effectively. Implement these and succeed!

7 Strategies To Manage Your Finances Better

Devices University Students should Invest in

Investing into interesting gadgets can bring significant prosperity in your student life.