Motion types can be just like different ice cream flavors where you know exactly what you can expect once you know the difference between each flavor! Being able to distinguish different motions is critical in ensuring that you are able to prepare persuasive debate-winning cases in a short span of time.

What many newcomer debaters often forget is that motions each have different burdens of proof. Burdens of proof can be defined briefly as the questions you need to analyze and prove for your side to win. Thus, if you want to win a ‘regrets’ debate motion that has the word regret in it, you cannot approach it as a regular “supports” debate. A regrets debate will typically expect you to argue whether to regret a particular outcome or event. While a “supports” debate will ask you to argue about supporting the motion. Each type of motion requires you to have specific approaches that work towards proving your unique burdens.

Analysis motions are abbreviated as ‘THBT (This house believes that)’, ‘THS’(This house supports), or ‘THO’(This house opposes). These motions expect you to analyze the value of the debate. This means that you should analyze the motion in general and argue whether it’s true.

For example,  “THS the rapid global elimination of both tariff and non-tariff barriers to free trade.” Here, debaters should focus on proving whether this elimination is good or bad. Another example of an analysis motion can be “THS the ban on cigarettes”. Here, it is not necessary for teams to explain how they’ll ban cigarettes, but rather they can argue why the ban, in general, should be supported or not.

Policy motions expect debaters to argue on a particular policy’s merits and demerits. Let’s take “THW (This house would) ban beauty pageants” as an example. Here, debaters are expected to argue what outcomes come through beauty pageants that they deserve a ban. In such a debate, both sides must agree on fiat power and assume that this policy will be passed. Rather the opposition must prove how this policy will lead to worse-off harms.

Other policy motions can be “THW impose carbon taxes on individuals.” Similarly, debaters are expected to argue whether this policy should be undertaken. Additional policy debates can be in the form of legalizing debates. In policy motions, debaters also have the capacity to model out how they plan to conduct this policy.

“Prefers a world” motions are abbreviated as THP (This house prefers). Such motions require one to argue why this new scenario is preferred compared to the status quo (current circumstance).

The next type is actor motions where you are expected to debate on behalf of the actor’s perspective. The actor can be any individual, company, or country about whom the debate is about. The debater is expected to place themselves in the role of that actor.

Here, teams should analyze argumentation that proves why this motion is in the interest of the specified actor. An example of such a motion is “TH (this house) as a new artist would focus on replicating and building on existing art over creating new art”. Here, teams are expected to argue on behalf of a new artist who is the actor in the debate. They can do so by proving how this move will impact the new artist’s interests and incentives. Debaters are not expected to argue what is best for the world, but rather focus on why the actor will care about this and how it complies with their values.

The last type of motion is ‘regrets’ motions where teams are expected to argue based on all that has happened already in the past and why we regret this particular outcome. Opposition teams should ideally prove what the counterfactual would be if this outcome had not happened. One such example is “THR (This house regrets) the glamorization of the portrayal of a ‘Genius’.”

Given the unique types of motions, it is helpful to know the differences so that debaters can accurately know what burdens of proof they must fulfill to win debates. Additionally, it would also help in terms of strategy because you know what the core adjudication panel is expecting you to do. So hopefully, the next time you go to a tournament, you’ll be able to know the differences between each one of them! 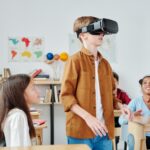 Next story :Five effective ways to save money

7 Apps to Manage Your Workload

How are some people best in productivity while others aren’t? We all struggle with productivity at some stage. However, managing productivity with the right tools is more accessible. Luckily, there are tons of tools to keep you on the right track.  Furthermore, setting up an ideal work environment plays a significant role. Yes, the workplace […]

Are you trying to master MS Excel without subscribing to any paid courses? Then, I've got you covered because here's a list of YouTube channels who will help you learn all about MS Excel.

These Tips Will Help You Beat Writer’s Block

Whether it’s a painter, musician or writer, every creative individual has a limit to their creative juices. When you are working on something inventive, it is natural to feel like you have reached a dead end. Similarly, a writer often faces a phenomenon called writer’s block, a state where the writer is unable to think […]

There are around 4.6 billion active social media users in 2022, more than twice as many as six years ago. Also, the average user spends two and a half hours on social platforms each day. Businesses can take advantage of these numbers and use social media for various purposes, including: Developing customer relationships Building brand […]

Change Your Marketing Game to Grow Your Business

Without a question, marketing is the heartbeat of sales. The right marketing tools and tactics will keep you ahead of the competition by linking things with the right clients at the right moment. Trends, not only time and geography, have a role in marketing. As a consequence, it’s a competition to determine which brand can […]

A Young Professional’s Guide to Networking at the Office

In this article, we’ll offer tips and advice on how to successfully network at the office as a young professional, as well as talk about why internal networking is so important.

I thought it would be good to jot down some points. These reminders are more for me than for anyone else to be honest

3 hacks to strengthen your mental well-being

These are three ways to hack your way into improving your mental health.