I bet most of you have heard the term debate, even if you don’t have much idea about it. It means an argumentative discussion on a particular topic based on counter logic. But it is in fact, much more than that. A formal debate on any topic gives rise to many discourses as discussions are held from diverse lenses. These discourses help to build a better perspective on how we perceive the world around us. That is why it is believed that rationality and debating go hand in hand.

Academic debating is a paramount addition in the arena of debate. It offers many positive benefits, both to the individual and society. It improves critical thinking skill, oral and written communication skill, research experience, information processing, and exposure to many different fields of study. This academic debate takes place in two formats, British Parliamentary and Asian Parliamentary. This article will mainly focus on different aspects of the British Parliamentary Debate (BP).

Primarily, the dissimilarity between BP and many other types of debating is in the kinds of speeches given and the roles of different speaker positions. The principle of the game is the idea that the team that presents the best logical analysis, for or against the motion, is the team that wins. That is to say, your winning chance depends on your ability to make coherent, detailed, deep, and nuanced arguments for a specific position.

Many of BP’s rules and formalities are stemmed from the traditions of the British Parliament. Some of the basic rules are:

The first and last minute of their speech is referred to as “protected time”. Throughout this time, no Points of Information (POIs) can be offered. POIs are short questions or statements of no more than 15 seconds that challenge the speaker. During the rest of the periods, speakers from other sides (proposition or opposition side) can offer to ask POIs.

These are the most basic rules and ideas about the BP debate. If you are at the beginning of your debate career, I’m sure this article will help you to have a better grasp.

The key to winning any form of debate is to know when what and how to say certain things. You will find British Parliamentary Debate (BP) debate hard or complex if you do not have clear ideas about the roles of the different speaker positions. You might also find your speech getting disorganized for the same reason. You might have a very well-detailed case, but it’s likely to go in vain if you fail to deliver a constructive and compact speech. Therefore, this article is written to walk you through the roles of different speaker positions in the BP debate.

The first and the second speaker of the opening government are called ‘Prime Minister (PM)’ and ‘Deputy Prime Minister (DPM)’ respectively. You might be wondering that what the jobs of these positions are! Let’s break it down.

PM is an intimidating position for any beginner-level debater since there are only 15 minutes before you have to stand up and give the speech. But it will not be that bad if you follow some basics and keep your cool. As the PM, it is your burden to define some of the terms of the motion and characterize them. Say, the motion is, ‘This house as environmentalists would pursue a mitigation of climate change, rather than its prevention.’ Here, the PM will have to characterize ‘mitigation’ and ‘prevention’ and then propose a policy accordingly — if it is a policy debate. You will then have to flag post the arguments i.e to pin down them. For example, you will have to say, ‘I am going to talk about these 3 points/arguments  and then give a few analyses for each time.

The role of a DPM is to refute the arguments given by the side opposition and re-establish OG’s case. As a DPM it’s also your job to pick up from where your PM left off, i.e give a further analysis of the flag-posted arguments and show to the judge that why you take the debate.

The first and the second speaker of the opening Opposition are called ‘Leader of Opposition (LO)’ and ‘Deputy Leader of Opposition (DLO)’ respectively. The LO must directly respond to the claims of OG. Meaning, you have to engage not just with your idea of what the motion might be, but specifically with the case that is presented by the OG team. You will have to refute their arguments and then establish your case like the PM. You might as well challenge the definition given by the PM if it seems unfair.

The DLO then comes with rebuttals against the DPM and goes on the analysis from their side. The role of OO might as a whole mean defending the status quo by explaining how it looks like, or it might mean defending some credible alternative to the motion.

This is the part where BP gets real fiddly and differs from other forms of debating — bringing two more extra houses, known as the ‘Back Half’.

The job of CG is to bring new extensions, i.e. bringing brand new elements in the debate that will prove your team is unique. The speakers here are called the ‘Member of Government (MG)’ and ‘Government Whip (GW)’ respectively. The role of MG might be bringing new constructive material, a reframing of the debate, or rebuttal. What CG needs to be aware of is, they should not rehash the case of OG. You need to prove that you take the upper hand in this debate, and this is where the GW swoops in. The GW identifies the clashes of the debate and shows a comparison between the houses. In other words, provides a summary and in the process, shows why their house is better. They also provide rebuttals and analysis but cannot bring new elements, because they will not be counted. This role is very crucial because here you point out your contribution to the debate and convince the judge on your side.

The speakers here are called ‘Member of Opposition (MO)’ and ‘Opposition Whip (OW)’ respectively. The role of CO is the same as CG, except they do those things in their favor. The MO and whip will refute cases of CG and with the summary given by whip, the debate will come to an end.

I hope this article was helpful to minimize the confusion about the BP debate, at least to some extent. Knowing these roles will now help you to deliver a fine speech with much more clarity and give you a whole new debating experience. Let me know your thoughts in the comment section! 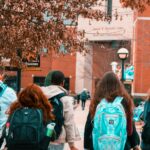 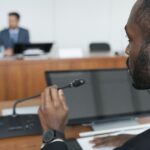 Next story :Primary Debate Rules: What are they?

How to make your writing sharp and precise?

I have summarised these simple tricks for you to write engaging and reader-friendly pieces with ease.

This Novel-coronavirus pandemic has taught us one thing for sure and that is- “There’s nothing certain but uncertain”, right? “It is not the strongest or most intelligent who will survive but those who can best manage change.” Charles Darwin, an English Naturalist In the current time, when we’re surrounded by ambiguities, the quote seems to […]

Applying for an opportunity? Keep 6 things in your mind

From our experience, we have summarized six points for you to be well prepared before applying.

What can go wrong in an Audio Interview? Avoid these!

Since audio interview is the new normal, get along with these tips to secure your next venture!

Before joining the video conference meeting, follow these etiquettes

We have summarized a few points of video conferencing etiquettes for you.

Tips for managing your finances as a new graduate

To help you navigate your way through the world of expenses and incomes, here are some tips which are likely to help you manage your finances as a new graduate.