A debate contest takes place keeping in mind the scope of thought, knowledge, and respect for the opponent. In a debate contest, one has to present one’s opinion within a specific time frame. Presenting one’s statement as well as refuting the statement of others with logic – the whole matter has to be completed within a certain time. The side that can observe this specific short time correctly will win.

Let’s have a look, how much time is allocated at any stage of the debate competition and how to use this time:

In a debate competition, a timekeeper controls the whole time by ringing the inner bell at regular intervals.

Both Traditional and Parliamentary debates are divided into two sections. One is the “constructive” where the debaters construct their cases by establishing their initial positions and contentions. And another one is the “rebuttal” section where debaters give their speeches refuting and offering a contrary contention or argument. Orators have to present their information, disputation within a limited time.

This is a pretty old version of the debate. Students become familiar with this at the primary level of their debating journey. Let’s learn about time management over the two sections in the traditional debate!

A total of six debaters from both parties take part in this section. Each speaker gets four to five minutes to present their speech. The timekeeper warns by sounding a warning signal one minute in advance.

Each team leader has two minutes (three minutes in some cases) to refute the argument. After a minute and a half, a warning signal is sounded by the timekeeper.

There are two types of this format. The Asian Parliamentary (AP) format is the primary style practiced in India, Bangladesh, Greece, and many other countries. The other is the International Competition format mainly known as British Parliamentary debate (BP) or World’s format. This is mainly followed at premier events, world universities’ debating championships, etc. There are two sections as we know:

In the Asian Parliamentary (AP) debate or primary style, each of the six members of the two teams will have five to six minutes to present their speeches consecutively. The Prime Minister of the ruling party will have five minutes in their inaugural address. The next five speakers will have six minutes each. In BP, the first opposition and proposition and the second opposition and proposition will both get seven minutes each. In both cases, a warning signal will be given at the last minute and a final signal will be given at the end of the time.

In primary style, the Prime Minister of the ruling party will get three minutes and the leader of the opposition will get two minutes to refute their arguments. In BP there will be five minutes for the opposition and proposition rebuttals. A warning signal will be given at the last minute and the final signal will be given at the end of time by the timekeeper.

In addition to the issue of time maintenance, some more things are observed in some other places of parliamentary debate:

Besides the timekeeper, parliament speakers have the power of controlling the time whether a debater finishes speeches in time or not!

There is an opportunity to raise some points in the parliamentary debate through which it is possible to bring new arguments, allegations of misinformation and prevent personal attacks. But these points have to be raised on time!

Debate is an ancient art. Through debate, you can easily show the logic of your words to someone with the opposite attitude. But if you want to win the battle of debate, you must use your time properly in a definite manner.

Want to achieve a trophy?

Listen carefully to the tick-tock!

Fariha Jannat Changing herself with resilience, a positive attitude and innovation process 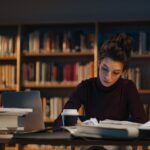 Previous story :Check out these free online resources for GRE

Next story :11 Rewarding Careers You Could Pursue in the Life Sciences Industry

One of the challenges I faced early on is a mind that is always jumping around. From one thought to another. From one worry to another.

Best Hacks To Master The Art Of Time Management

Want to know in detail about time management? In this article, you will find the leading hacks which you can follow to manage your time well.

What You Need to Know to Become a Web Developer

There are a few things that you need to know if you aim to become a web developer.

Writing can be a strenuous job. Especially when you add in those dreaded deadlines. A writer has gone through a lot of work, from the brainstorming process to the editing process. The internet contains a lot of useful tools to make this process easier. Here are a couple of tools which can prove useful to […]

Tips for managing your finances as a new graduate

To help you navigate your way through the world of expenses and incomes, here are some tips which are likely to help you manage your finances as a new graduate.

How do I get out of the situation quicker than before? How can I prepare myself before I face failure?