As a debater, there will be no dispute over the fact that you have come across listening to titles like ‘principle debate’ or ‘policy debate. It is seen many times debaters often fail to distinguish between ‘principle debate’ or a ‘ policy debate’. So, let’s learn a few things about them. I am starting from scratch as it might help you form a better debate argumentation.

The idea of an argument differs from motion to motion. It refers to a concept or proposition we like to prove in the debate. The idea is where you run your principal or policy argument.

Let’s assume the motion is “This House would do X”:

Here, you can go in two ways.

A policy is a concrete course of action that the government or the opposition wishes to use to convince the judges. A policy might be formed out of the norms or a completely new model which does not exist in the current world. The policy you offer then needs to be analyzed and proved with proper evidence. It is a dilemma sometimes when you offer something different or out of the box; the policy lacks evidence.

Here, you learn to prioritize the main criteria of your policy: the idea and the analysis. Evidence is the last thing you should worry about in your debate. You have to make your ideas and their analyses logical enough to establish your policy. Evidence won’t matter afterward.

Now, as a government side, if you want to run a policy debate, you can form a policy in many ways. Such as, how a world without lies will still work in a worldly function or even in a better function. The world you prefer works on a course of actions that you will offer to the judges.

Your policy should be confined to three or four logical theories which lead to a utilitarian framework (“what leads to the best consequences”). Though every debate doesn’t need to be assessed on the utilitarian framework. You should remember when you run a policy, you set the boundaries on which the debate runs. The framework might not lead to the best consequences but if it can minimize or maximize (according to motion) the harms or benefits of the context, your policy is still established.

Here, the government’s claims about the practical benefits of invading North Korea are of little relevance (though are not completely irrelevant) until they offer reasons to believe that a practical calculus is relevant. Whereas the opposition will aim to show that “War is always wrong, regardless of the practical benefits.”

So, to win, the Government needs to show why war is sometimes the only option left in this current world for greater benefits. Also, how war being wrong is too generic for the opposition to propose. The Opposition’s theory needs to be crushed by showing their reasons for war being wrong are the exact reasons why war should be followed. As they may show, many unprecedented casualties happen in wars. The Government has to show that the casualties will increase largely if this war is avoided.

Keep this in mind the Government has to claim their reasonings with proper analysis and logical conclusion. That is how policy arguments are run in a motion.

You have to note, a motion doesn’t always need to be debated over enacting a policy. This means you don’t have to come up with a new setup or guidelines to meet the required criteria of the motion.

Run the debate based on principles.

You can also call this form of argument a principal argumentation. First, you have to remember what an assertion is. Simply, an assertion is something that is stated as true, without having enough analysis and logical reasoning. It’s a statement of fact, without proof of its validity. So, when you run something as principally true or claim without justification, analysis, and proper reasonings, the principal argument simply becomes an assertion. This is why that argument will not be credited by judges.

Now let’s understand what principles might be. The examples include human autonomy, freedom of speech, separation of powers, individual rights, human dignity, ethical consent, etc. These are established principles in our society. More often these are claimed in our world as a standard without justification. But when you run your debate on these principles, you have to justify the principles with logical validity. You have to prove why these principles are likely to be true and justify your motion demands according to the side (government/opposition) you are debating. An analogy is a way out for establishing your principles. Suppose the motion is-

Principle argumentation and policy argumentation can also go hand in hand in a certain debate. This article is just a way out of how you can form your case.

Tanjum‌ ‌Tahsin‌ ‌ Hossain‌ Exploring many activities outside my studies, and debate is one of them 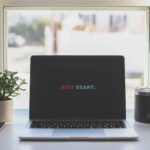 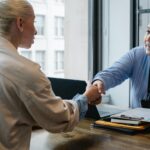 Next story :What are the benefits of networking for college students?

How to Improve Public Speaking Skills to Enhance Workplace Performance

Do you want to be a great public speaker and prove your leadership skill in workplace? Then, this article will help you out!

Let’s hop into some of the femtech apps and find out if they’re worth our mobile spaces!

10 do’s—make your stay at home productive

Through this article, I will show you how being a student is an added advantage now.

This book helped me to avoid some of the common mistakes committed by managers and leaders.

How CRM Software Increases Productivity and Profits in Retail Sales

Let's know about how CRM software can play an integral role in creating strong communication between a company and its customers.

6 hacks to help you achieve your new year’s resolution

New year is a great time to start fresh and incorporate new healthy habits into your life. However, according to Uabmedicine.org, only 8% of Americans can keep up with their resolution and achieve that ultimately. These failures are usually the results of some common mistakes which can be eliminated by some careful observations. So, here […]

Best Hacks To Master The Art Of Time Management

Want to know in detail about time management? In this article, you will find the leading hacks which you can follow to manage your time well.