In a debate, arguments are a must. People who are not debaters or not involved in debating, consider debate as a game of logic or argument. And debaters prioritize arguments as importantly as soldiers value their swords in a battle. Because debaters know they can beat their opposition on stage only with the help of arguments.

Now I must answer a familiar question and that is, “Is there any necessity of following any structure of building an argument?” The answer will be simply a yes. A debater should construct an argument structurally. Because the delivered argument in a debater’s speech must be understandable by the judges and the audience sitting in front of them.

For example, you may imagine yourself in the chair of an adjudicator. One of the debaters is quite efficiently delivering their arguments and you are getting everything. In the same house, another debater is also delivering their speech but you are not understanding them clearly. Once they are making a statement without reasoning or any evidence; later they are trying to visualize some examples that are not really relevant to what they already claimed. Now you decide whom will you provide with remarkable credits? Obviously, that debater will achieve more credits who was able to make their delivered arguments understandable to the adjudicators and audience.

Now, you may have started feeling the urgency of delivering a speech in a way that is efficient to make your arguments understandable. Let’s learn how an argument is made.

There are many familiar structures commonly being used. Among them, the most admired structure is known as ‘ARE Argument Structure’. According to this structure, three main parts construct an argument – Assertion, Reasoning, and Evidence (or Example). Let me define and describe what these three parts mean:

An assertion is simply a statement made of one or two sentences that describes what you are claiming in an argument. So, this part is also known as claims for Pro/Government team and as counterclaims for Con/Opposition team. For instance:

In other words, an assertion is the thesis statement or the main point of an argument.

Reasoning can be simple or complex. But when you are working with an argument, the most important thing to emphasize is the use of the word “because” as a cue and the need to connect the statement and the reasoning.

Evidence is another part of an argument that adds practical value to your assertion. It is another unavoidable pillar on which an argument stands up. Just as reasoning supports an assertion, evidence supports reasoning. There are many different kinds of evidence, ranging from expert testimony or statistics to historical or contemporary examples.

Nowadays, debaters are used to adding another part to their arguments to make their arguments stronger than others. And that is nothing but the impact on the society and the world of your claims or counterclaims. To describe easily, you may say why your argument is that much important in this debate and more holistically, in society and in the world for the present and future. Additionally, you may also include how people can be benefited or how a problem can be solved if your argument is implemented in reality. That is all about the Impact part. You can embed this part with ‘Evidence’ or describe at the end of speaking out of an argument.

That is all about ARE argument structure. There are also some other ways of argument construction. Among all those ways, the discussed one is the easiest and most widely used. Hopefully, by following this method, you will be able to successfully prepare an argument in a debate and deliver it on stage. Break a leg!

Previous story :Worth Investing: The Most Profitable Businesses Right Now 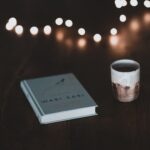 Strategies You Need to Develop to Ace Business Competitions

In highly competitive business competitions, what strategies will help you to get closer to win? Find out in this article.

Lesser-Known Gmail Hacks That Will Boost Your Productivity

With over 1 billion active monthly users, Gmail is the most popular version of emailing as well as one of the most useful platforms for this task. Here are some hacks on Gmail to get your productivity juices flowing: 1. Undo Sent Emails Ever been in the situation where you have sent an email but […]

3 hacks to strengthen your mental well-being

These are three ways to hack your way into improving your mental health.

Holding Your Nerve Under Pressure

What can go wrong in an Audio Interview? Avoid these!

Since audio interview is the new normal, get along with these tips to secure your next venture!

5 Ways to Generate Passive Income As a Student

Here are a few viable, low investment, and cool ways for students to generate passive income.

How to Tackle Small Business Debt and Secure Your Financial Future

8 apps and websites you wish you knew earlier

Life surely is complicated. But these apps and websites can make it a bit easier to navigate.