I think most of us can agree that 2020 has been an overwhelming year. People all around the world have lived through an unprecedented pandemic that forced them to alter their lifestyles. However, the world of football has been as active as ever. Several records have been made and broken, venerable figures have passed away. Let’s take a look back at moments that made history.

Now, this might be a little confusing because every football zealot knows that Liverpool is one of the biggest clubs in England. The fact that a huge club like Liverpool only won their first league title can be a little dubious. That is because the Premier League (PL) was founded in 1992, before this league there was a different domestic league which Liverpool had won 18 times.

However, Liverpool had never won a single PL trophy despite coming close a few times. But with the appointment of Manager Jurgen Klopp and the acquisition of both youngsters like Arnold, Minamino and experienced players such as Salah, Mane, and Van Djik, Liverpool rejuvenated their squad and won the title for the first time. Their points were 99 which was 18 points above second-placed Manchester City, this shows how dominant Liverpool was. This is a historic moment for them and with this, Jurgen Klopp became a historic figure in Liverpool history.

Even people who are not invested in football have no problem recognizing the name “Diego Maradona”. Many deem Maradona to be the best footballer of all time. Regardless, he has inspired generations of footballers. From elevating Napoli to the highest level of club football to winning the world cup for Argentina, he has shown his legendary capabilities in both club and international football.

His venerable moments such as “Hand of God”, “Goal of the Century” are still talked about by people to this day. On November 25th 2020, this legendary figure left this world only after living a short life of 60 years. In this short span, he has revolutionized football. To say the least, we have lost a legend of football who will be remembered forever for his contribution to this game.

When we hear the term “one club player”, the player whose name comes to mind immediately is “Lionel Messi”. From the beginning of his career, he has played wearing only the red and blue striped jersey of Catalonia in club football. Like Messi, Pele is another legendary player who is also associated with the title “one club player” as he has played in his boyhood club Santos for the majority of his career.

Pele has racked up a goal tally of 644 for Santos over his whole career. Just before the end of 2020, Lionel Messi broke that record by scoring a scintillating goal against Real Valladolid, by which he has broken Pele’s record of 644 goals. Needless to say, by breaking this record Messi has consolidated his status as one of the greats.

The Ballon d’Or is a yearly football award given to footballers by the French news magazine, “France Football”, which is one of the oldest and, commonly recognized, as the most prestigious individual awards.Every year millions of fans look forward to this award as it announces the best player of a season. The award was more glorified because of the constant rivalry of Messi and Ronaldo.

However, because of the lack of matches played this season due to lockdown, “France Football” decided to not award Ballon d’Or this year rather they made up an “All-time Dream 11” consisting of arguably the best 11 players of history.

The team started with the only goalkeeper who has won the Ballon Dör, Lev Yashin. The defense was made up of three of the most consistent defenders – Cafu, Paulo Maldini and Franz Beckenbauer. The midfield had a perfect balance of offensive and defensive talents: Maradona, Pele, Xavi and Lothar Matheus. Finally, boasting in attacking talents, the forward line had three iconic players of different nationalities – Messi, Cristiano Ronaldo, and Ronaldo Nazärio.

Among all the football awards, Ballon d’Or is the most credible and this is the first time they have made up an eleven like this. Hence, this too is a memorable event for everyone. 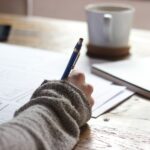 Next story :6 hacks to help you achieve your new year's resolution

The Pirates of Silicon Valley

The rise of a technological revolution.

7 Lessons we can learn from 3 Idiots

3 Idiots, one of the best educational movies, has many valuable lessons to share. Let's explore.

Both insomnia and digestive problems are extremely common these days. Insomnia is a common sleep disorder that makes it difficult to fall asleep or stay asleep or causing one to wake up too early and be unable to sleep again. When they wake up they might still feel dizzy. Several researchers have noticed a link […]

World Heart Day: Think you are too young to have a heart attack?

If you believe you have plenty of time to start thinking about your heart health, you are probably playing close to edge.

6 Life Lessons from the movie “The Pursuit of Happyness”

Here are 6 valuable lessons ''The Pursuit of Happyness''