I have already laid out the reasons why you should learn a foreign language, specifically German. In case you haven’t read, make sure you check out Reasons You Should Learn German.

Like other languages, French has its plus points to offer. The perks of learning French are too great to let go. In this article, I will tell you why learning French, one of the United Nations’ six official languages, is worth it.

French is the 5th most spoken language

Along with being one of the United Nations’ official languages, French is widely spoken worldwide. More than 300 million people worldwide speak French, either as their mother-tongue or as a second language. Learning French would result in you having more potential friends and greater exposure to culture.

Speaking of culture, you’ll get to know more about France and French culture in general. But don’t forget, there are 29 French-speaking countries in the world. From Switzerland to Belgium, from Canada to Cameroon, the language’s domination is almost everywhere given the colonial history. That being said, look into historical anecdotes too while exploring the cultures.

It might sound redundant as I spoke about cultural exploration already. But trust me, it’s necessary. French music is something else and isn’t a France-specific arena. Although there are plenty of modern, jazz, country songs made by French musicians, I’d highly recommend you look into the songs made by French-speaking African countries. Also, check out the French songs of Céline Dion. She is the unforgettable singer of the song “My heart will go on” from the movie Titanic. And yes, most of her songs are in French.

First things first, French fries are a Belgian invention. Or maybe French. The point is, there is a debate. Another point is, there are many other French-speaking countries of which the cuisine is worth exploring. France (Paris specifically) is one of the most visited travel destinations globally. Let that not stop you from exploring places beyond Paris and even beyond France. Use the tools of the language, visit those places, explore, and eat!

Okay, no! It isn’t! Getting the hang of the language, however, is easy. French vocabulary has noticeable similarities with the English vocabulary. So, making sense of the texts at the beginning phase is relatively easy. But it doesn’t last long. The spelling system and pronunciation are complicated for a proficient user of English. But the overall similarities, combined with consistent smart work, would help you learn better.

French is one of the members of the Romance language family. Having some knowledge of French would help you learn other closely related languages. Italian and Spanish, for instance. By the way, Spanish is an official language of the UN too!

Do you like French fries? Even if you don’t, it doesn’t matter. Regardless of your relationship with French fries, your French skills would help you immensely in whichever field you want to utilize. At least, you wouldn’t end up like Emily from Emily in Paris! 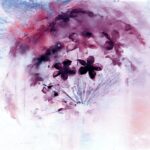 Next story :Battling Your Negativity Bias

Everything you need to know about INSEAD

Know about INSEAD If you have a fascination with business and management with a strong educational background.

You can now pursue your dream MBA in Sweden, one of the strongest economies in the world by applying for the Stockholm School of Economics MBA Scholarship 2021.

What are the benefits of the current education system in the United States?

5 Creative Tips to Finish Your Research Project on Time

Everyone wants to finish their project on time, but only a few know how to make it. The only key is dedication and persistence - you may want to ace your project in time, but maintaining the quality is the prime concern. So by keeping this in mind, here are 5 things you can do to speed up the process effectively.

3 Ways to Deal With Academic Burnout

If you feel burned out academically, check out this article to help you recover!

Make your way to success a little more patchable with these “common secrets”.

3 Ways to Prepare for College That Go Beyond Your Application

Read this article to prepare for college that go beyond your application.