What does it take to create a successful startup? You can say it happens through lucrative funding or by perfect timing. And idea? Yes! Definitely! Everything starts with an idea. So if you have weird start-up ideas, you aren’t alone. When it comes to strange start-up ideas, you’ll find plenty of examples, and some of them are massively successful. Most of these successful entrepreneurs may have found the basic ideas but made them as convincing issues which needed to be solved.

Let’s see what ideas were so weird that it’s unimaginable that they made a fortune!

Yes! You guessed it right! A pet but not likely as a pet. It’s a rock that “rocks” your love for your pets. Maintaining a pet is hard, but it’ll be a piece of cake if you have the pet rock. But did it make money? In 1975, Gary Dahl, the pet rock creator, sold each rock for $3.95, and in 6 months, he was able to unload more than five million igneous invertebrates. You’ll be amazed to know that Gary Dahl made a business of at least 15 million dollars.

But the best part is the process that Dahl followed. Dahl purchased the Mexican rocks, placed them in a cardboard box that imitated a pet crate. He completed the crate with air holes and a straw bed. Ridiculously he included a 32-page pet training manual with tips and tricks on how to teach your new “rock” pet new things. Though it doesn’t have popularity in the digital age, it’s still in business.

A body-length blanket that has armholes! As simple as that. It roared in the hearts and minds of people in 2008. By the end of 2010, snuggies sold more than 20 million in the American market. With massive success in that period, it became a living room staple. But along with the publicity, the snuggie company was mocked by known celebrities such as Jay Leno, Ellen DeGeneres, and Jon Stewart. Nothing brought them negativity even at a $15 price! They got varieties in their line with Snuggie for Two, Snuggie for Dogs, Snuggie Outdoor, Snuggie Sherpa Style.

Why was it one of the weirdest? A blanket made with fleece or nylon material just with sleeves sounds like a fun DIY project with grandma!

The name itself is self-explanatory. This company lets you rent a chicken. No! Not renting “cooked chickens” to eat! An actual chicken or chickens that you can keep in the house and look after. And yes, the eggs are all for you to eat or sell.

However, this idea’s focus is very sustainable as it encourages people in urban farming and raising their poultry for food. Through this service, you’ll receive a couple of chickens and a coop so you can see if this chicken farm is for you. The service will even look after your chickens over the winter and return them to you in the spring, saving you a lot of trouble if you’re a first-time chicken owner.

Ms. Suitor, who founded the company in 2009 with her husband, has been making quite a fortune from her company.

The Tamagotchi was an egg-shaped, portable virtual pet that owners “fed” (by pressing buttons), “played with,” admired, punished, and cared for. It was first sold by the Japanese toy maker Bandai in 1996. But it was indeed a tremendous innovative toy that today’s toys can’t even match. Why? It had an excellent sense to Die!

Yes! If you failed to treat your Tamagotchi properly, it would get angry and even die for not being noticed for a while. From kids to adults, people went crazy about this. Some even went a step further and held funerals along with creating internet cemeteries.

Not only that, Bandai sold more than 70 million toys by the end of the 90s. Various iterations of the creatures were released, and video games, films, and an animated series.Though the spark faded in the 2000s, nostalgia brought back the sensation, and Tamagotchis are back in business.

By looking at these “weird” start-ups, you may think that strange ideas work like lightning bolts and can bring you success. Turns out it may not be the case for you. These odd companies share one thing in common: they all serve a need, even though many people are unaware that they have one. It illustrates that a good company must offer value to its customers in some way. So if you have an unusual idea, try to find out the need for it and connect your audience with it. Who knows! You might become the next sensation in the business world!

Previous story :What is Figma and reasons why should you learn to use it 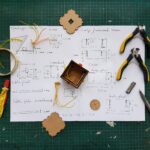 Next story :Pretotyping: The Step Before Prototyping

11 Rewarding Careers You Could Pursue in the Life Sciences Industry

We have listed 11 rewards careers in the Life Science industry that you can pursue.

The science behind saying “no” in your professional life

Importance of learning to use one the most important words - "No"

5 Professions That Are Outdated & Being Replaced

Due to rapid adoption of technology, these are the professions that are expected to fizzle out soon. Find out what professions will rise instead!

What is the single factor behind the failure of many startups?

Lean about the most significant factor behind the success of any startup.

Why should we hire you?

Here is a strategy that you should follow before going for any interview and you can call it a REST strategy.

Why You Should Take Part-time Jobs

Find out the perks of having a part-time job!

Find out the wide range of new careers and industries that involves freelance skills!